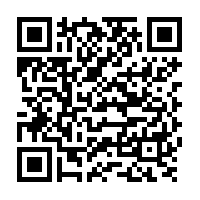 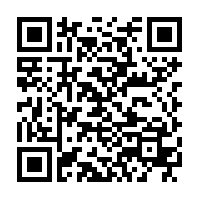 The Princess Maha Chakri Sirindhorn Anthropology Centre (Public Organization) conducts and promotes social and cultural studies, collections, and data analysis. We essentially place emphasis on the data of Thailand and various other countries in the region of Southeast Asia. We set up and support research as well as data development networks. We manage data and information in order to encourage knowledge building. In addition, we are a source of research and information dissemination to the public through numerous involved persons.

Ceramics have long been regarded as significant archaeological evidence representing the evolution of humans since prehistory. They reflect the ideas, beliefs, old community cultures, and ancient cities of Thailand.

For more than a decade of work, one of the SAC’s work concept is to provide an open space for museum workers and enthusiasts to relay their experiences and exchange ideas with different expressions and methods.

The local museum project is one of the projects that the SAC has continuously prioritized for more than a decade, especially providing space for museum workers and enthusiasts to gather and exchange insight and experiences in Museology and to assist cooperation of museum workers within the regions. With the objective to establish ties, enhance skills and stability for museum workers.

Photography exhibition from the photography competition in the higher education category with the topic “Colours of Culture” on the 6th August 2002.

Photography Competition Exhibition: Women and the Thai Way of Life

Photography Competition Exhibition: Women and the Thai Way of Life

The photographs that are displayed in this exhibition are from the field research of American anthropologist, Prof. Michael Moerman. From his field research in the Tai Lu community at Ban Phaed, Chiang Ban Sub-district, Chiang Kham District, Phayao Province, during 1959-1986. Even though the photographs were taken back then, but as the years went by, […]

Books of the Kingdom Exhibition

His Royal Majesty the late King Rama IX studied in Lausanne, Switzerland. From primary school to undergraduate at the University of Lausanne from the Department of Law and Political Science. His Royal Majesty was well versed in English, French, German and Latin. His Royal Majesty earnestly studied Thai while growing and was proficiently elegant in […]

This online exhibition focuses on the presentation of lives, fates and relations of people of Southeast Asia after the Second World War. With general historical events, from religious and ethnic unrest, tragic catastrophes, to cultural heritage disputes.

Is a research of observing and recording data of ethnicity in various societies. Usually small communities compared with archaeological data that emphasize the links between the past and present, to recreate a picture of society and culture of communities of the past through archaeological findings. The SAC understood the significance of the presentation of comparative […]

Society and Culture of Thailand has evolved for thousands of years. In the borders of present day Thailand, multiple cultures have settled here since prehistory. Besides sociocultural development of communities, there were cultural integration and exchange between communities in contemporary Asia and Southeast Asia, or known as “Usa-kane”. Such as the communities in present day […]